Looking for a breakdown of all the Destiny 2 classes? The class system behind Bungie’s hit looter shooter has changed a lot in the many years since Destiny 2 players first took on the Red Legion in the fight for the Light. Though Destiny 2 still includes its Warlock, Titan, and Hunter classes – the same ones that first appeared in the original Destiny game – the once-simple Arc, Solar, and Void elemental subclasses have grown to include Aspects, and Fragments, and there’s also Stasis, a Darkness subclass.

Each of the Destiny 2 classes has a unique kit that leverages one of the game’s four elements to allow players to develop builds that suit their specific style of play. The team at Bungie is constantly iterating to keep the game fun and fresh in what many say is one of the best free PC games out there. While this is great for Destiny 2’s most active players, casual players and newcomers may struggle to keep up with the game’s evolving subclass systems and how they differ from other FPS games, especially with the introduction of the forthcoming Destiny 2 Strand subclass.

In this Destiny 2 class guide, you’ll find a character overview designed to help new players choose a class and begin turning it into a powerful Destiny 2 build. It will also be helpful for long-term players who are considering creating a new character and need a little guidance on what to try next. We’ll explore how each character class uses the game’s subclasses and abilities for maximum impact. Each subclass also has unique melee, grenade, and movement options, which players can customise according to their playstyles.

When creating a Destiny 2 character, players can choose whether they want to be Human, Exo, or Awoken. While each race has an interesting backstory within the context of the game’s lore, your choice won’t impact your gameplay experience and you’ll only actually see this change represented when roaming around in the game’s social hub, the Tower. At this stage, choose whatever you desire and customise your Guardian’s look accordingly.

More importantly, players can choose between one of three classes: Warlock, Titan, and Hunter. You’ll spend a lot of time building and developing your character, so it’s best to try to understand the nuance of each class instead of blindly selecting one. Although players can have up to three characters and, therefore, a character of every class, it takes time to learn to play each. So, you want to be thoughtful about your initial choice, even if you ultimately choose a different class later down the line.

Destiny 2’s Guardian classes are very different from one another. Their unique abilities are designed for distinct playstyles, which players can adjust and amplify with subclass modifiers. It’s also worth noting that while there are important differences between each class, they’re not fundamentally different in the way that MMO archetypes are – you’re always pretty mobile and can switch between aggro and support abilities depending on the type of activity you’re embarking upon. 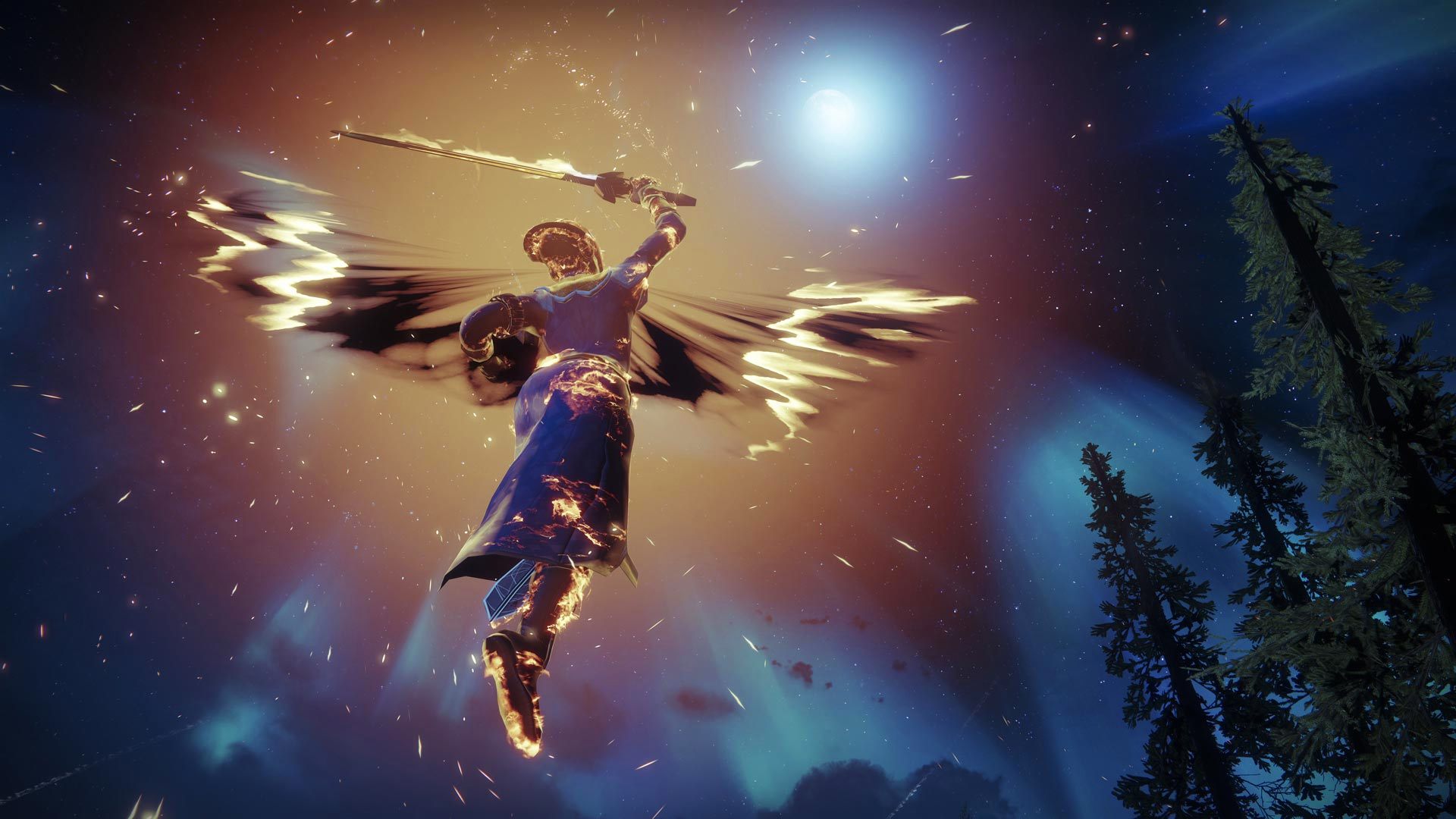 Warlocks are versatile characters with balanced playstyles. This class’s abilities are relatively straightforward compared to those of the Titan and Hunter.

With the option to choose between a Healing Rift and an Empowering Rift, which strengthens the damage dealt by anyone in it, the Warlock’s class abilities highlight both offensive and defensive gameplay. This makes the Warlock class a solid choice for players focusing on Destiny 2’s numerous PvE activities. They’re often strongest when buffing their teammates.

Their jump is arguably the most difficult to get used to, as they generally glide slowly over the battlefield. While the Super Ability changes significantly depending on the subclass, Warlock supers are generally about casting or throwing elemental effects – they’re sort of like space mages. 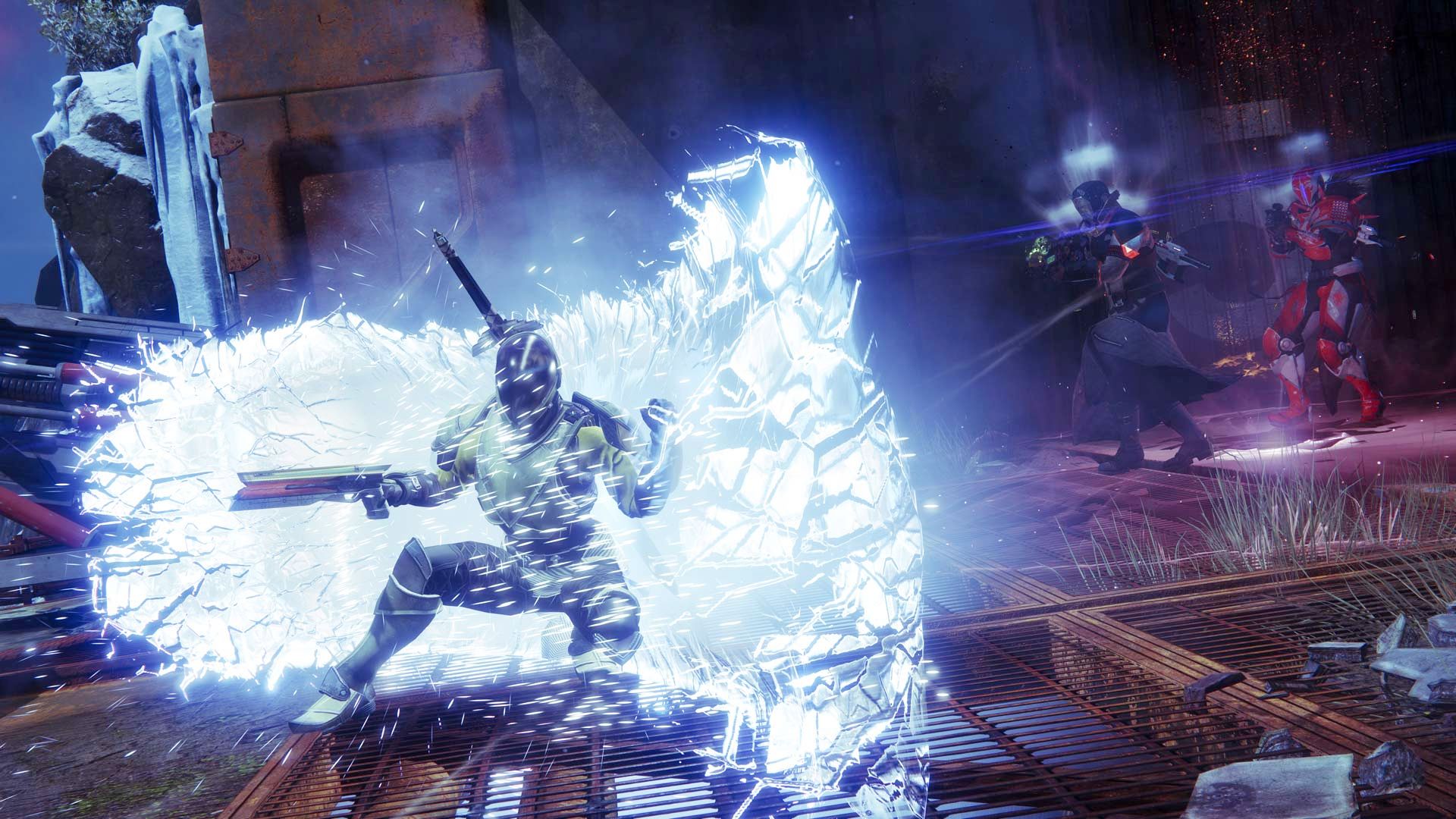 Titans sacrifice agility and dexterity in favour of strength and defence. For a class ability, Titans can pick between The Towering Barricade – a tall, see-through wall that protects all Guardians behind it – or a Rally Barricade, which lasts a shorter time but increases weapon reload speed, stability, and range while behind it. As a result, Titans make good team players for coordinated PvP and PvE activities. The Titan’s movement can be a little tricky to get used to as it’s effectively a jet-powered glide, rather than a traditional jump or double-jump.

The Titan is also great if you’re trying to solo content, as they’re not only durable but can create their own cover to hunker down behind. 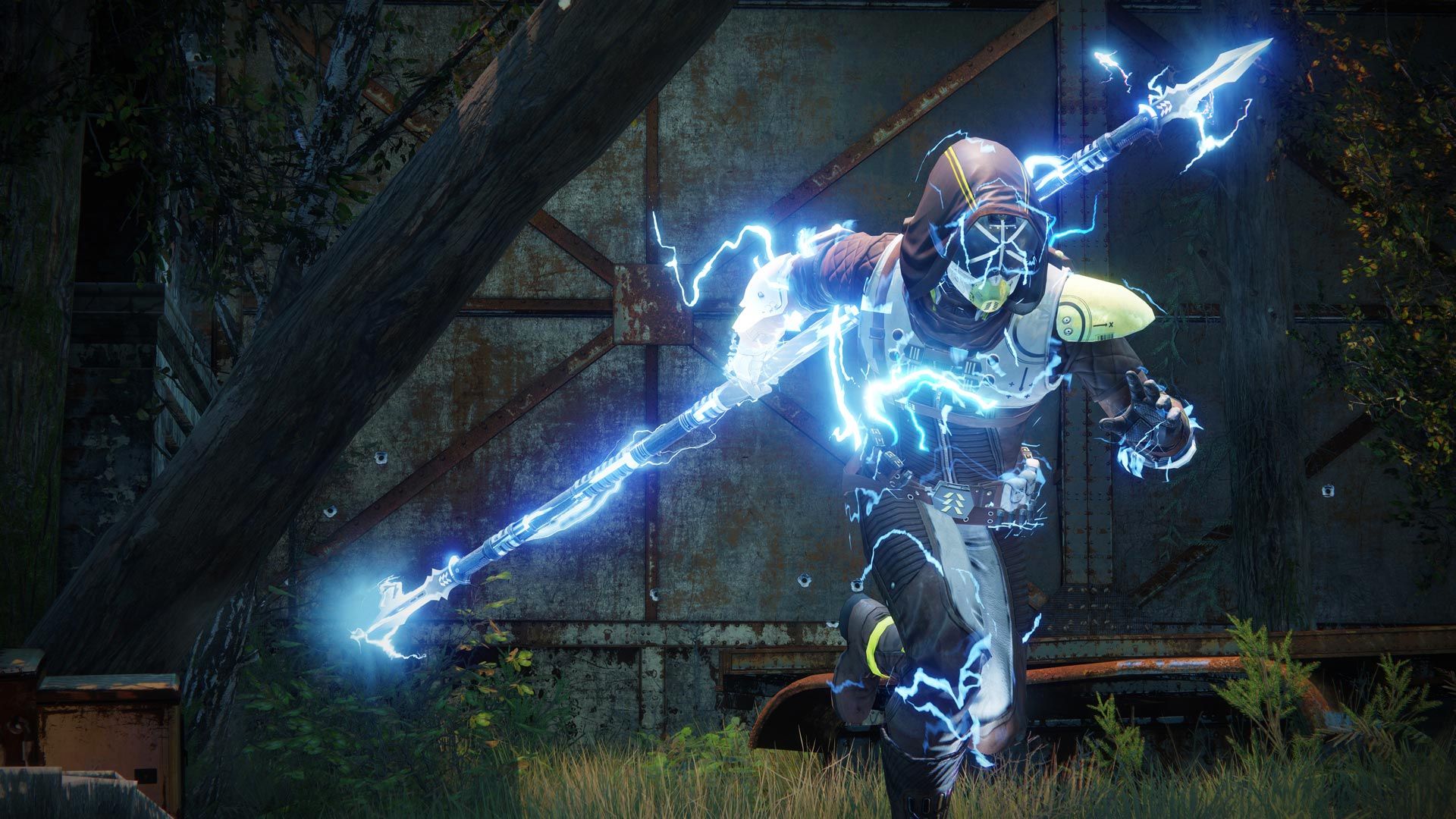 Hunters are tacticians, snipers, and lone wolves. Their kits emphasise movement and stealth, and while that evasiveness can be handy in a team environment, it’s mostly self-serving. Though they reap benefits such as dodging abilities and invisibility, they require more precision in timing and execution. The Hunter class suits serious players who can execute more complex mechanics, especially in PvP settings.

The Hunter’s class ability is a dodge move – you can pick either Gambler’s Dodge, which replenishes your melee, or Marksman’s Dodge, which reloads your currently equipped weapon. The Hunter can equip any one of several ultimate abilities depending on which subclass they pick, but they’re main use is dishing out massive amounts of damage.

The Hunter probably has the highest skill ceiling in Destiny 2, but it’s also the hardest to learn and the least forgiving when you make a mistake. There is a small mercy in that the Hunter’s jump ability is a classic double-jump, so it’s easy to use if you’ve played a few other shooting games.

Destiny 2 characters can easily swap between four elemental subclasses, though each character class utilises these elements quite differently. Arc emphasises electricity, Solar harnesses the power of heat, Void leverages dark energy and gravitation, and Stasis – which is exclusive to the Beyond Light expansion – is all about the power of the cold. The forthcoming Strand subclass will be about manipulating environments.

Each class has a different set of traits tied to each elemental subclass, and players can further modify these with Aspects and Fragments. Aspects allow players to tailor their gameplay experiences by choosing class-specific perks to complement their Special Ability, grenade, jump, and melee abilities. Fragments are available across classes and provide additional perks that reward specific character actions. The strongest character builds make the most out of strong synergies between Fragments, Aspects, armour mods, and weapon selection. You can read more about Aspects and Fragments in our Void build, Solar build and Arc build guides.

New players gain the ability to tap into the Void subclass early in the game but will have to complete a series of objectives to learn the others. You can unlock the additional Light elements by completing the New Light campaign and corresponding quests from Ikora in the Tower. Then, follow the quest lines and instructions to unlock Aspects and Fragments.

To unlock Stasis, players must own the Beyond Light DLC and defeat the campaign’s final boss. After that, you must talk to the Exo Stranger on Europa to unlock additional Aspects and Fragments. This process can be quite a grind, so prepare to put some time in to unlock these modifiers. 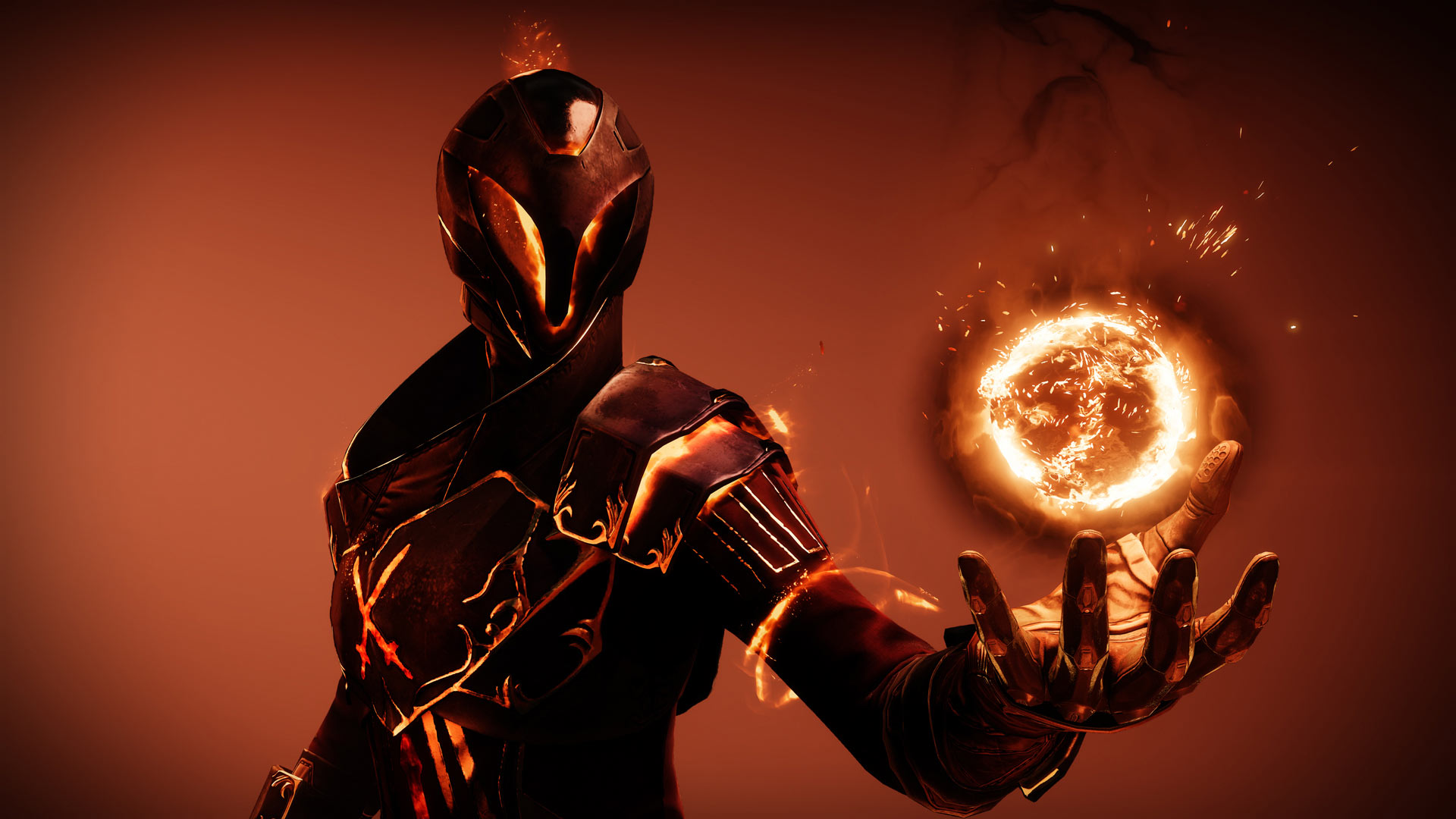 Dawnblade is excellent for newer players due to its straightforward Daybreak Super Ability. However, that’s not all it has going for it. Well of Radiance is also a powerful group ability that can be deployed to deal massive damage to a single target.

Stormcaller abilities can inflict large amounts of damage on enemy hordes in PvE.

Voidwalker’s Void Soul and Devour buff pair to syphon health from enemies. However, a player can instead choose to optimise grenades for maximum damage. When combined with effective perks, additional grenade damage can contribute to melee ability regeneration or health regeneration.

The Shadebinder Warlock Stasis subclass is challenging to perfect but comes in handy against large crowds. 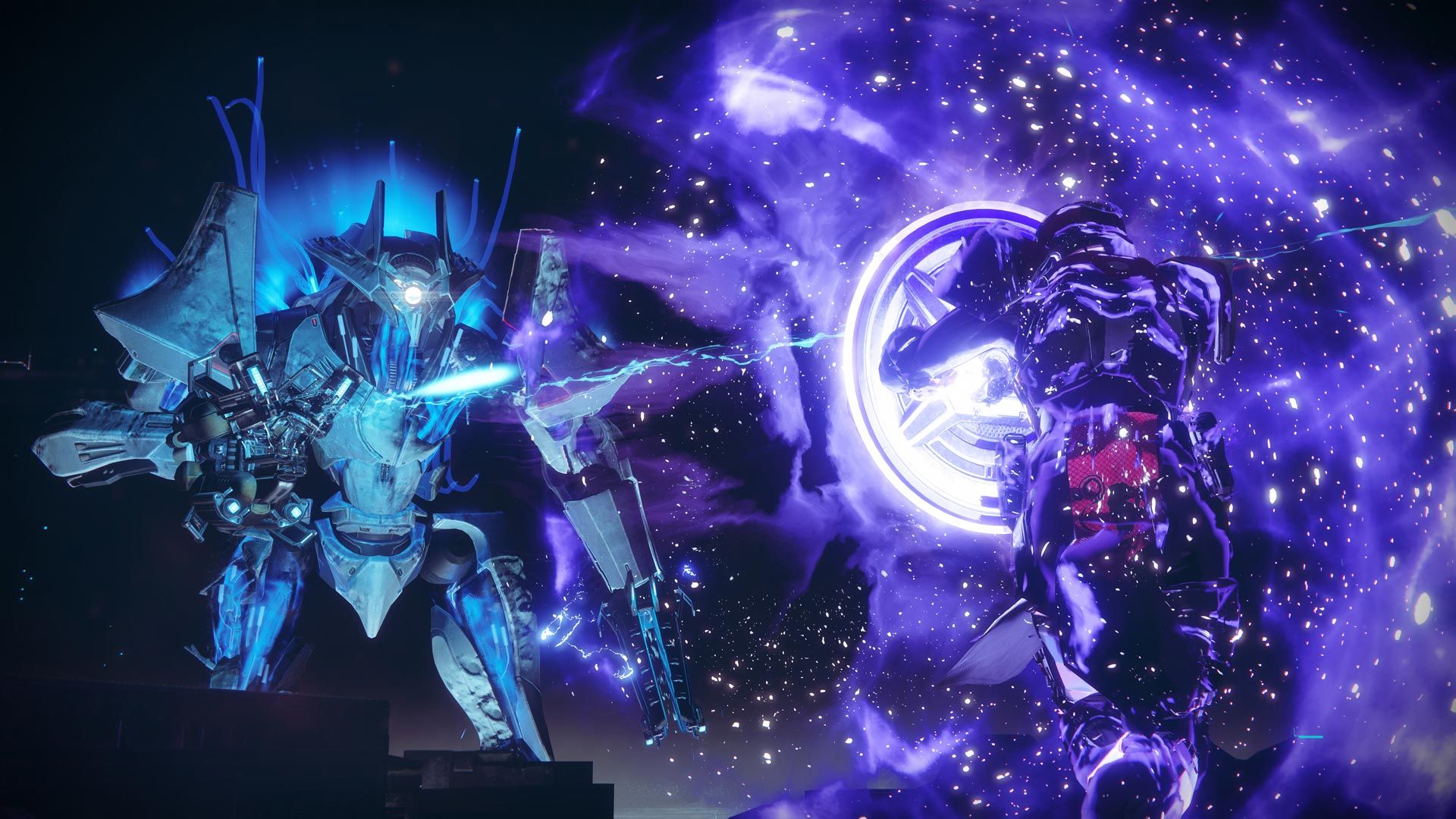 The Sunbreaker’s Hammer of Sol ability makes them a worthy foe in both PvP and PvE.

Fists of Havoc is a powerful Super ability and is good for both offensive and defensive play.

The Sentinel subclass highlights the Titan’s defensive abilities. Players can augment the Titan’s Overshield perks with Fragments for even more strength.

The Behemoth is a favoured Titan subclass due to its ability to generate explosive damage from Stasis crystals – this subclass is also incredibly effective in close-range fights. 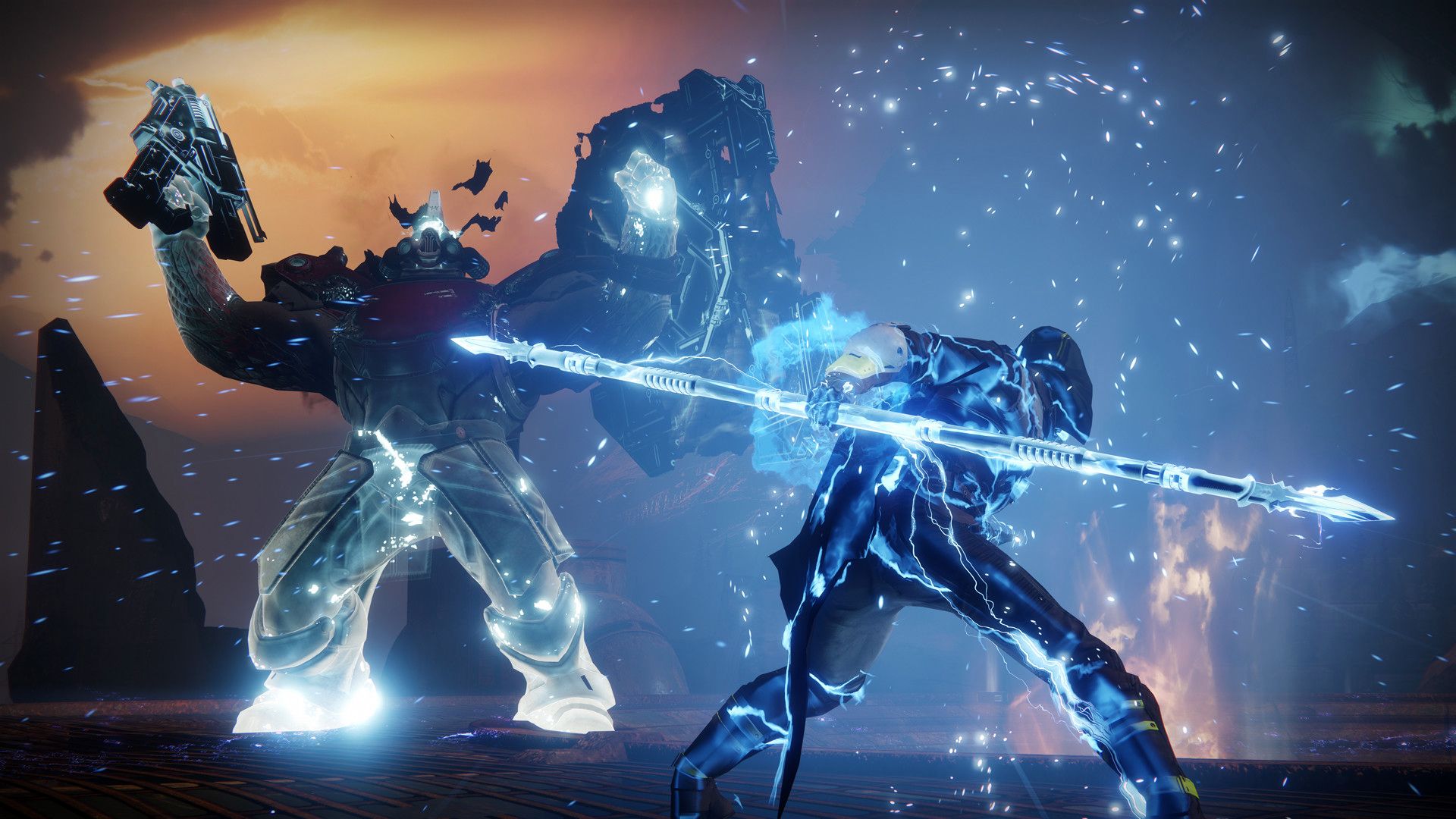 The Gunslinger is a PvP favourite due to the Golden Gun’s ability to quickly wipe an entire enemy team, though some prefer the sharp volley of Blade Barrage.

The Arcstrider wields the Arc Staff. Its effectiveness depends on a player’s ability to pull off strong combos and stay mobile.

This subclass specialises in invisibility, which the player can also grant to their allies through various means.

Many consider Revenant an overpowered build, primarily due to its flexibility and ability to pair well with various modifiers from various weapons, armour, and Fragments.

The ability to combine Aspects, Fragments, armour perks, and weaponry means there are limitless options for character builds in Destiny 2 within each element and subclass. One of the best things about Destiny is that it constantly encourages players to experiment with builds that push limits.

If you want more tips on developing a strong character, why not check out our guides to the best Destiny 2 Exotics, best PvP weapons, and armor? We’ve also got a slew of guides we update with the Destiny 2 weekly reset, including the Destiny 2 Legendary Lost Sector, the week’s Destiny 2 Nightfall weapon, and even how Xur works.

The Last of Us op HBO krijgt kritiek